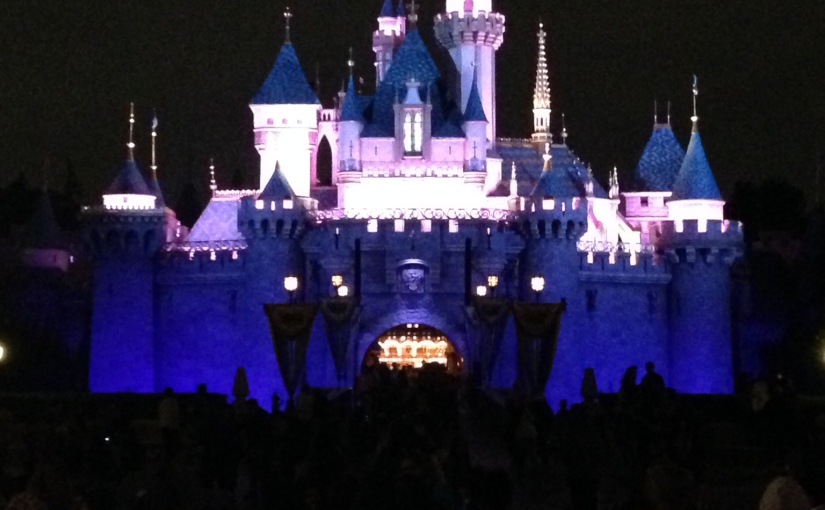 One of my coworkers recently planned a family trip to Disneyland that would be the first where both of her kids are able to participate in and remember the experience. As an avid Disney-goer who has gone with groups as small as 2 people and as large as 8, I offered her advice to make the most of their time once they had made the base decisions, which include where they’re staying, how long they have in the park, budget, etc.

This was a welcomed challenge for me because she has younger kids and I do not have kids, nor does my family have young members (of those we frequently see & travel with, the youngest human member is 19). Despite this, I do know the parks and how to coordinate group trips. No matter the age range, the first step in planning any Disney trip is figuring out how many days you will have in the park and if you will be getting park hopper or single park tickets. The group I was advising had 3 day park hopper tickets (which is plenty of park time to accomplish a lot with a group of any size and age) and were staying in one of the most conveniently located off-site hotels.

With this information, I compiled a list of things that I believe are essential to a successful Disneyland trip. In this version of the information, some of the points are linked to where they can be found on the Disney website. The key to having a successful group trip is figuring out what is important to your individual group members and “planning” time in the park accordingly. To accomplish this, there are a few rules of thumb I like to follow:

Although these seem inclusive of a lot of park decisions, these are not the only things to consider while planning.

During your trip, DO:

During your trip, I RECOMMEND:

During your trip, DO NOT:

Along with this, I offered some other helpful tips:

A dear friend of mine whose family also frequents Disneyland added that it’s wise to set a daily budget, it will help you watch your spending for the whole trip.

I do my best to make every Disney trip I take a little bit different. Sure, there are staples that must happen on every trip like taking pictures just inside park gates by the flowers and in front of Sleeping Beauty’s Castle, riding Big Thunder Mountain and the new-ish Little Mermaid ride, and eating my weight in churros. Despite that, each trip ends up having it’s own theme which in the past have included my brother’s childhood best friend’s birthday, Ugly Christmas Sweaters, a girls trip with my mom, best friend, and her mom, variations of “Brittany & Hannah Adventures” (the next installation of which is coming April of this year), and my mom’s birthday; almost all of these trips end up having special guests (namely Paul, Emily, and Dani).

I know this seems like a lot of information, but once you’re in the parks it feels much more intuitive. No matter what details your trip includes, what is most important is that everyone enjoys their time.